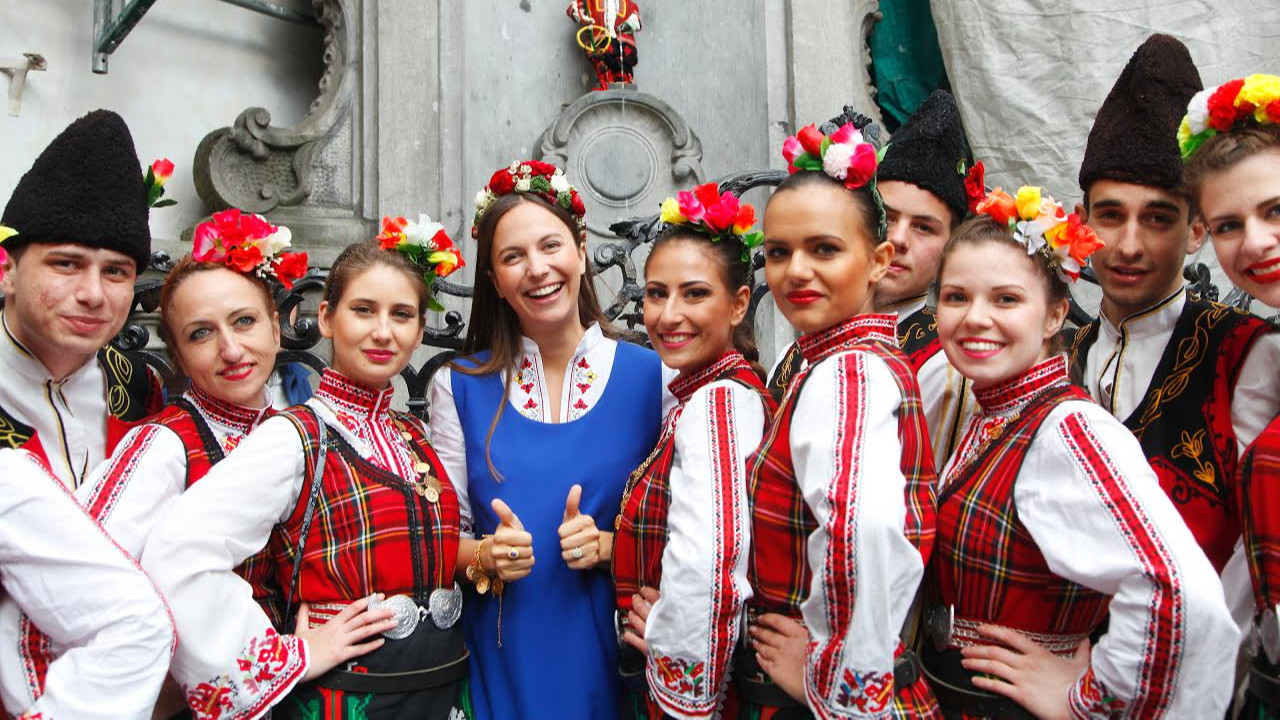 The great Bulgarian dance, organized by the MEP Eva Meidel and under the patronage of the President of the European Parliament Antonio Tajani, took place in the central square in Brussels on Sunday. "The big dance is already a tradition for Brussels and for the communities of the Balkan countries in the city. It is the embodiment of European values and demonstrates the beauty of the different faces of our continent. With the Great Choir in the capital of Europe, we show that the Bulgarian community is actively connected with its customs and open to the world". This was stated by the MEP Eva Meidel before the residents and guests of the city who took part in the choir gathered on the central square in Brussels.

A Bulgarian dance dances for the fifth time in a row in the central square in Brussels, with Eva Maydel continuing the tradition started by Kristalina Georgieva, Vice-President of the European Commission (2014-2016). For the first time this year, the choir is held under the patronage of the President of the European Parliament, Antonio Tajani. The mayor of Brussels Ivan Mayor, Belgian politicians and the ambassadors of Bulgaria and other Balkan countries in Belgium took part in the official ceremony.

Bulgarians from Belgium and neighboring cities in the Netherlands and Germany took part in the dances.